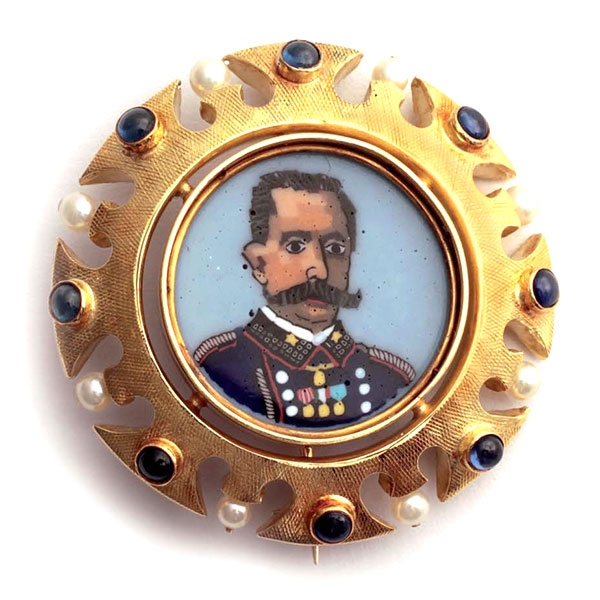 The Portraits of Luigi

“Every portrait deserves the appropriate frame” 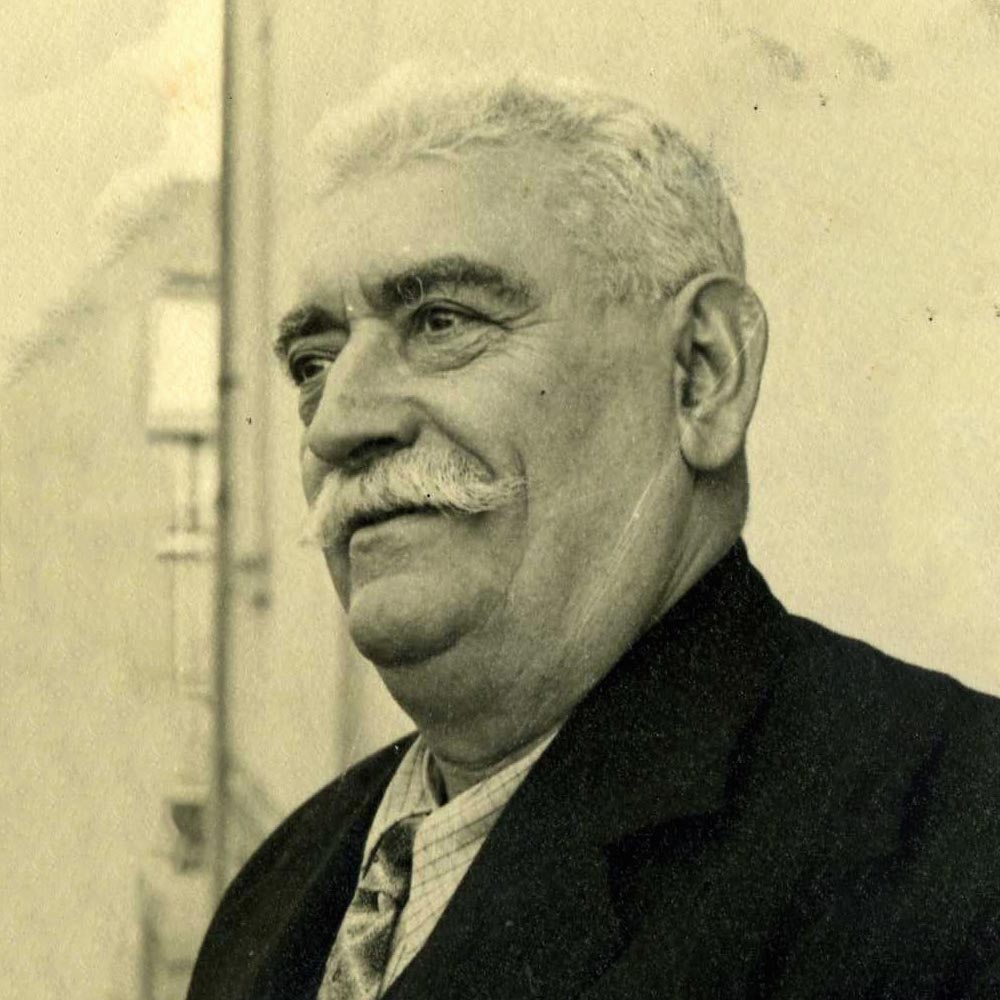 They first produced some geometric patterns, flowers and birds, before creating not only King Vittorio Emanuele II, King Umberto I, Giuseppe Garibaldi, Emperor Francis Joseph and William of Prussia, but also a self portrait, the Madonna, Pope Leo XIII and Christopher Columbus, created for the fourth centenary of the discovery of America. 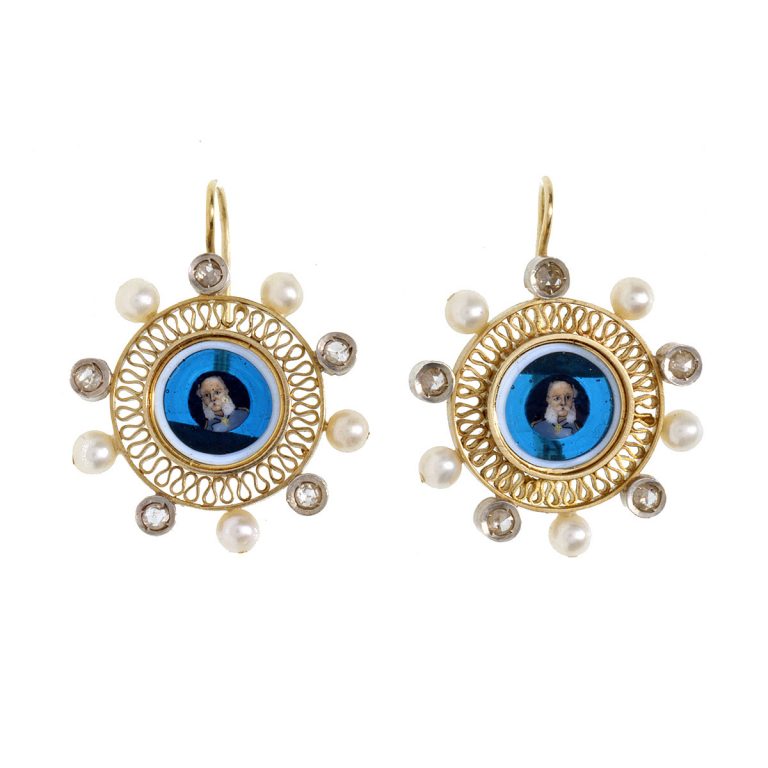 Murrine depicting Franz Joseph, Emperor of Austria, executed by Vincenzo and Luigi Moretti in about 1888.

Murrine depicting Pope Leo XIII, performed by Vincenzo and Luigi Moretti in about 1880. 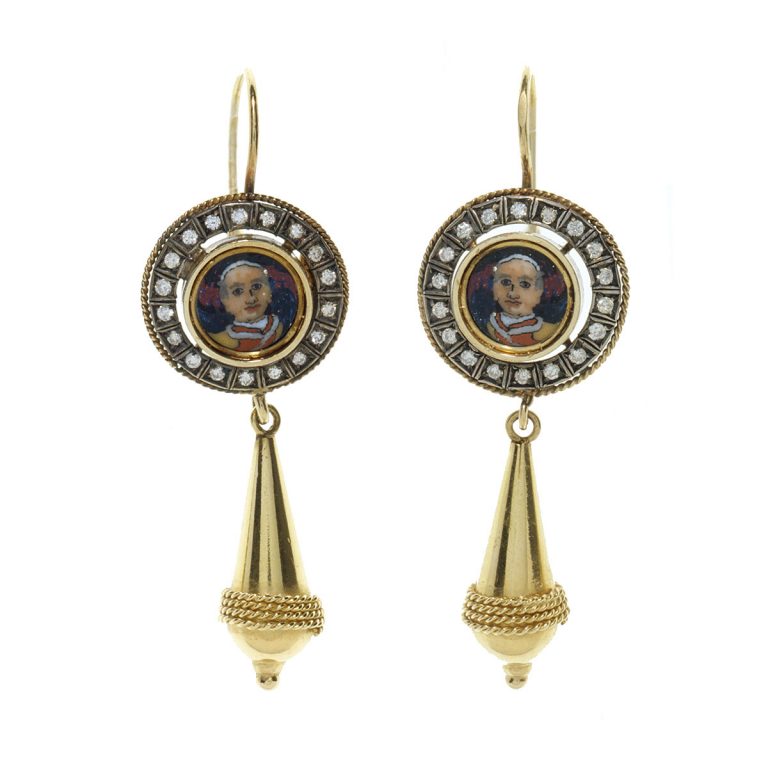 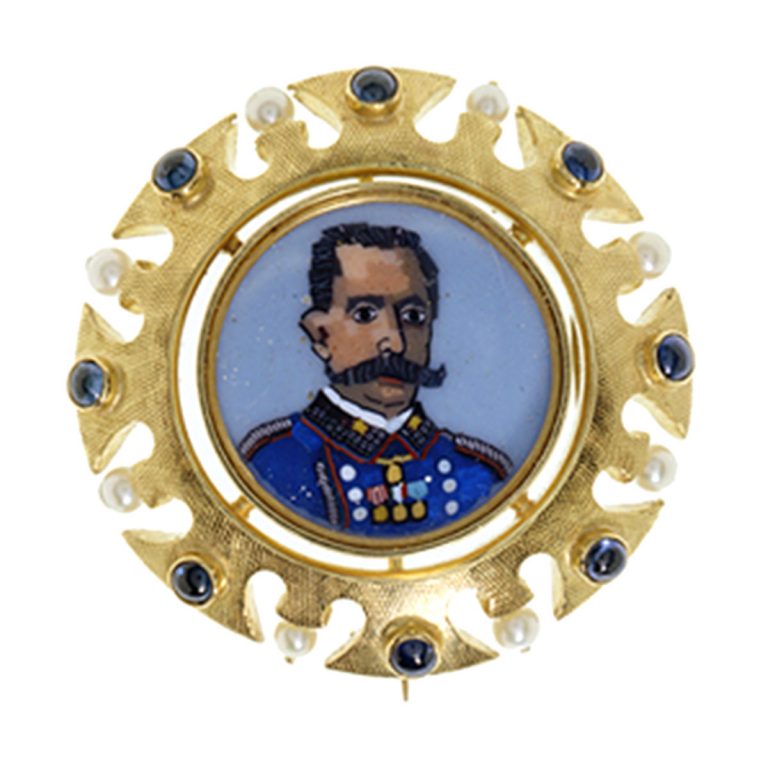 Currently belonging to a private collection

The end of the pendant shows the “Savoia Node” 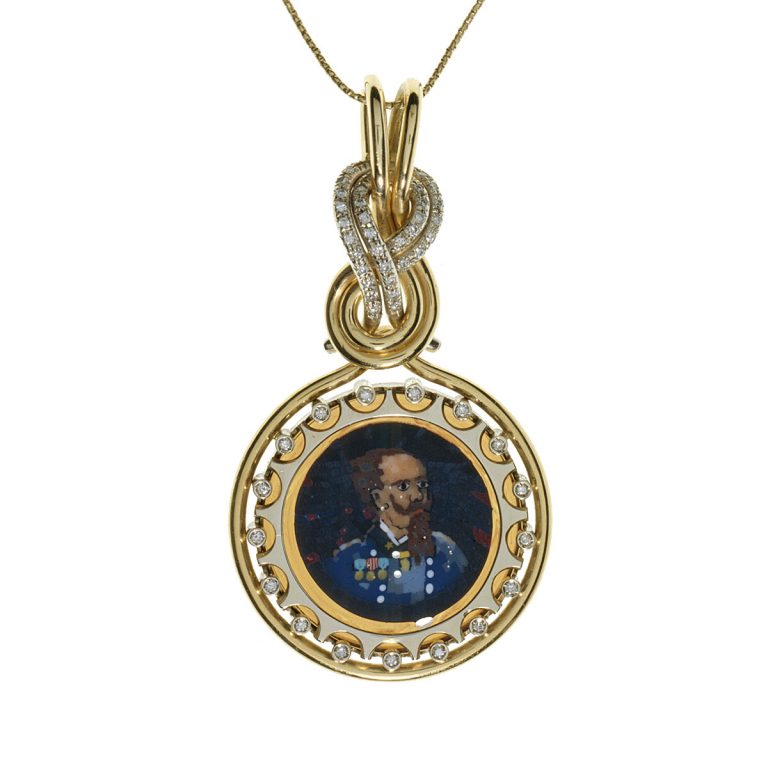 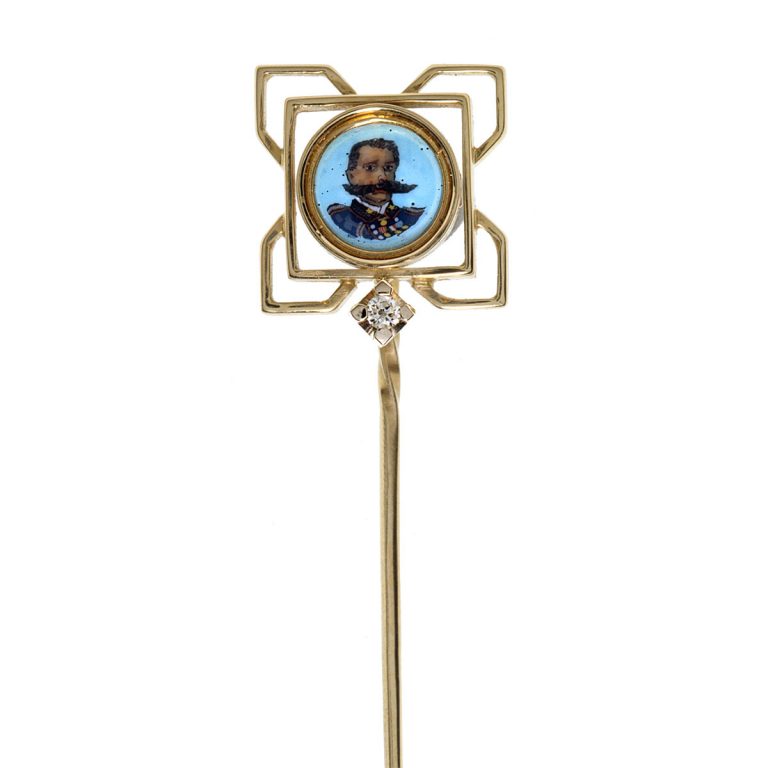 Tie clip in Gold and Diamond

Brooch in 18Kt gold and diamonds 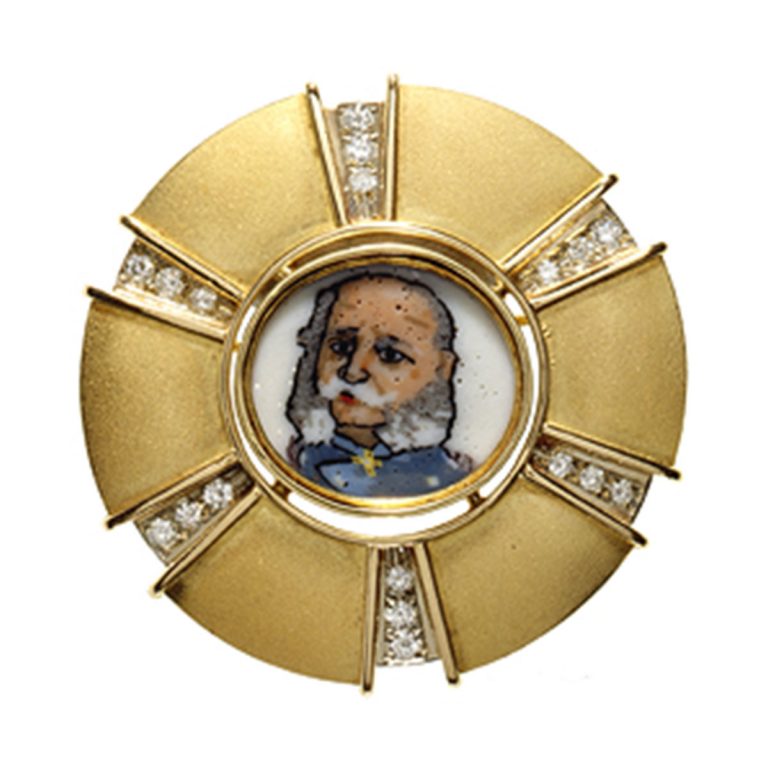 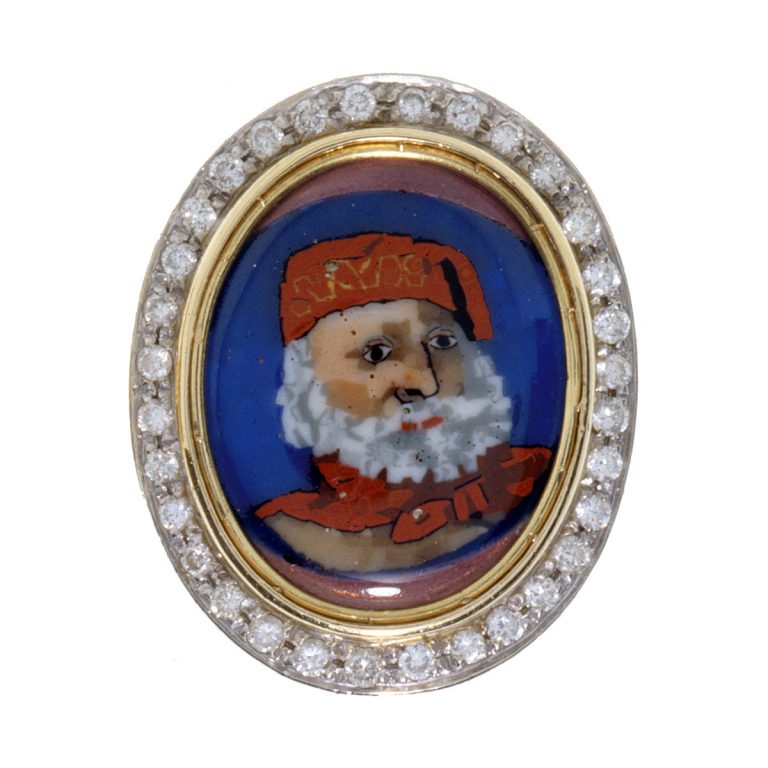 24 brilliant cut diamonds, entirely handmade, medallion with Murrina depicting Christopher Columbus, executed by Luigi Moretti in 1892 on the occasion of the fourth centenary of the discovery of America. It was presented that same year in Chicago (USA) and used by the authorities as an official gift

One of these Murrina is currently exhibited at the Corning Museum of Glass, NY (USA) 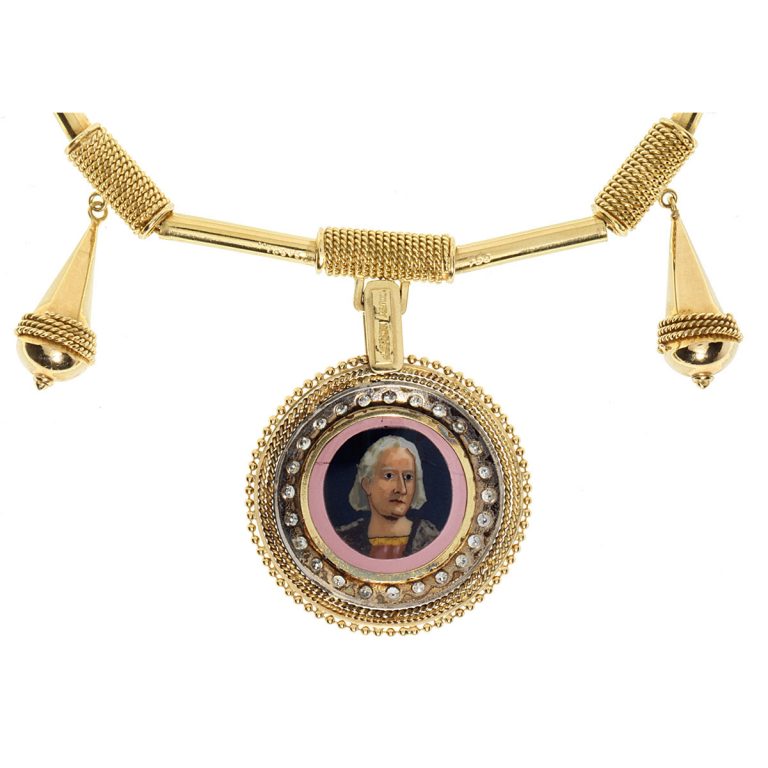 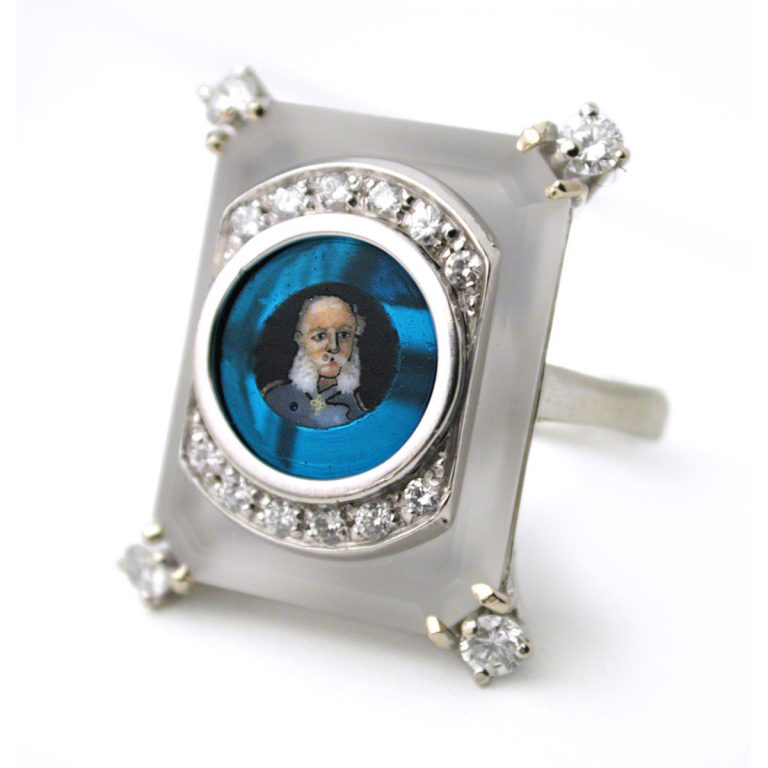 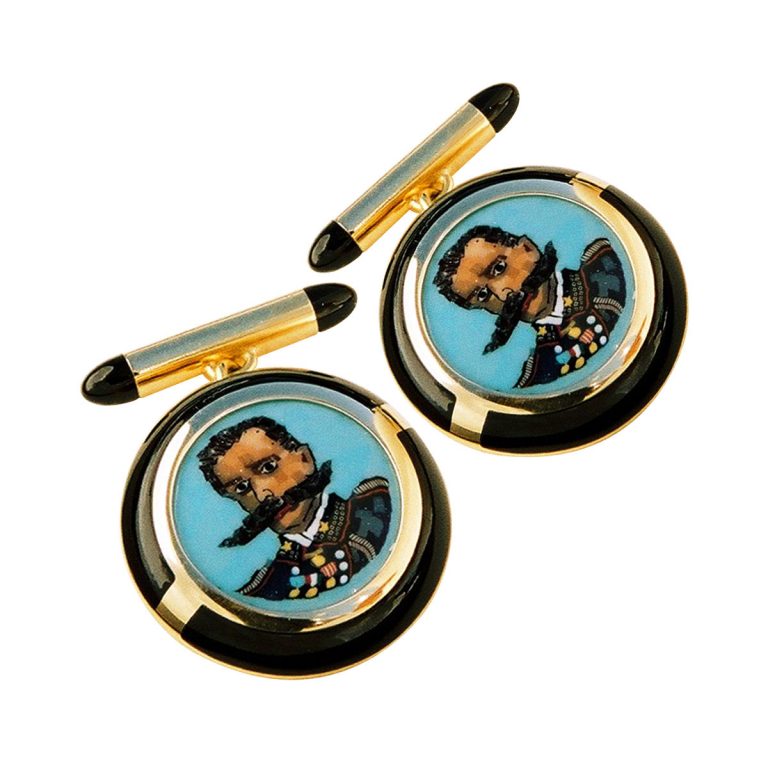 Murrine depicting Umberto I of Savoy, performed by Luigi Moretti in 1888. 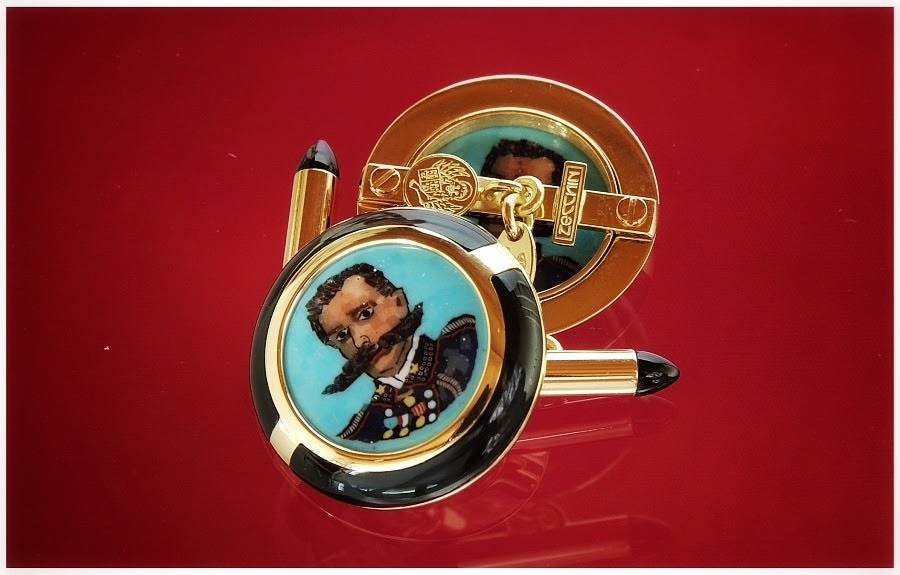 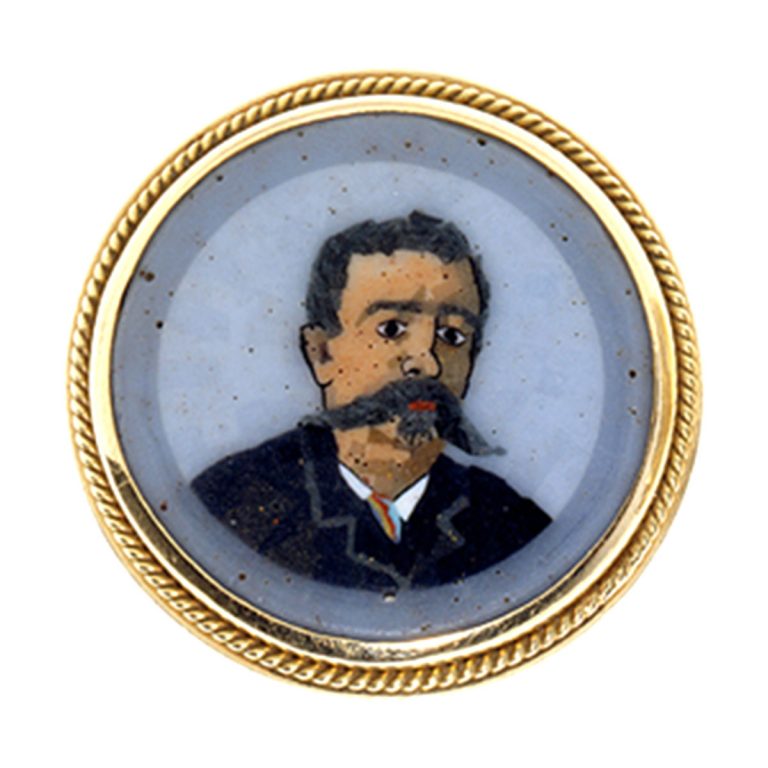 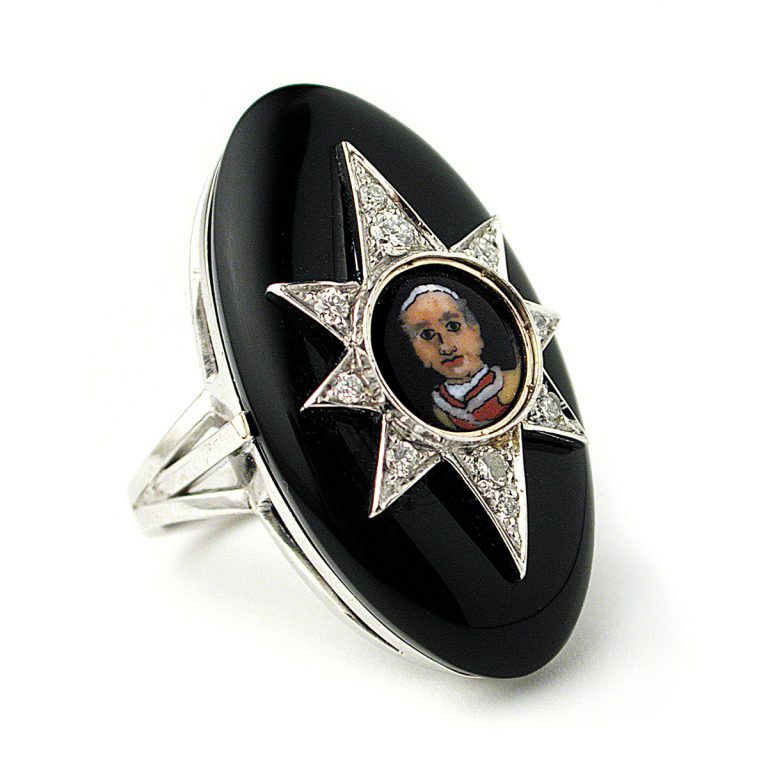 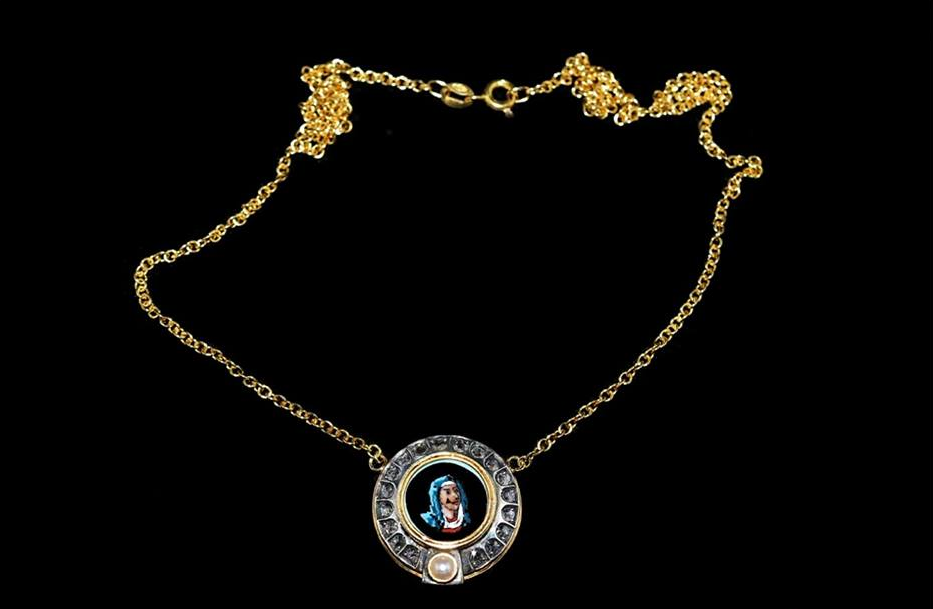 Necklace in yellow and white Gold 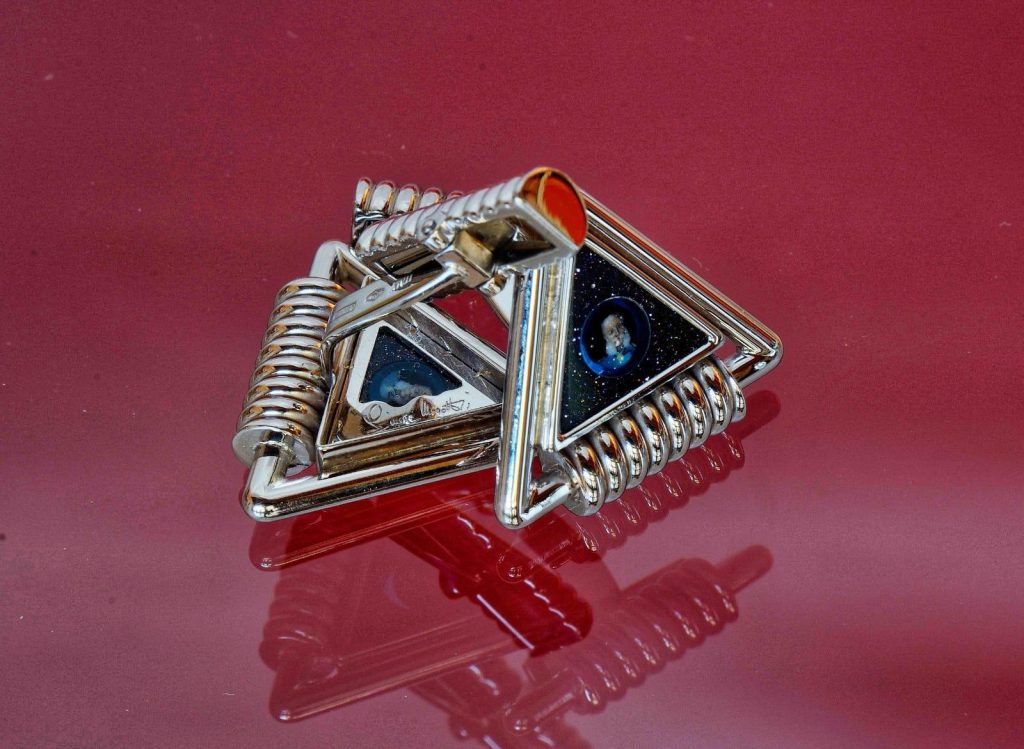 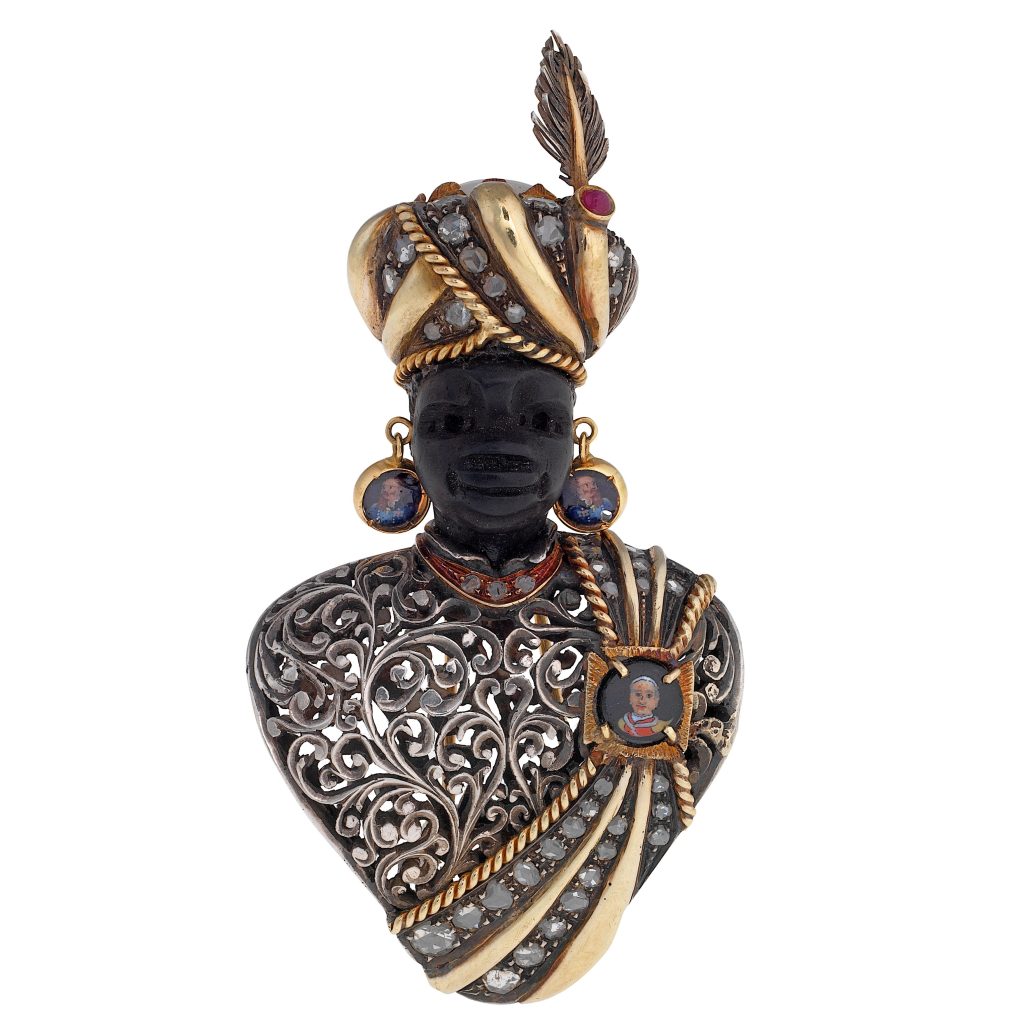 Antique Moro with fretwork on silver

Antique Moro with fretwork on silver, engraved with a burin, and applied decoration in murrina with Pope Leone XIII and earrings also in murrina depicting Vittorio Emanuele. The original ruby and hanging rosettes were replaced by the murrine made by Vincenzo and Luigi Moretti in 1888.
18Kt yellow gold, pearls, murrine, rosette cut diamonds.

For more information and to view collections visit the section